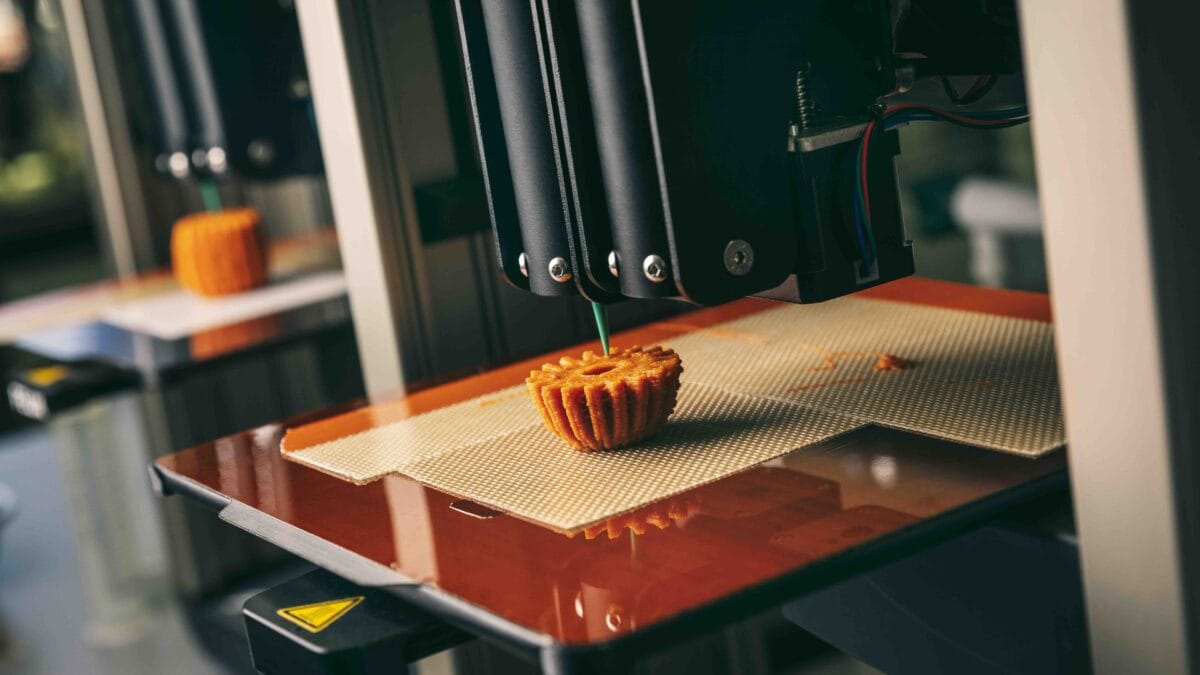 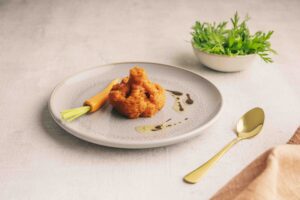 FELIXprinters in IJsselstein, the Netherlands, has focused on the development and production of 3D printers since 2011. Now we are launching a series of food 3D printers. Pastes, chocolate, puree, fats and soya can be prepared in a multitude of ways using a food 3d printer. A food printer can also improve the efficiency of food preparation in the kitchen, thanks to its ability to independently complete print jobs, freeing up chefs to do other tasks. Food printers also provide a solution for eating and swallowing problems by presenting food in a more appealing way through using novel food combinations, consistencies and shapes, to ease consumption and ingestion.

Using food 3d printing, a product or dish is built up layer by layer. This provides new possibilities in the food industry and commercial and industrial kitchen. Traditionally, difficult or complex shapes are made with the help of baking moulds or ready-to-use forms that can be stacked on top of each other.  With food 3D printing, countless possibilities of forms and structures are made possible, giving food preparation a spectacular, new edge. By 3D printing names, logos or icons, a dish gets a personal touch, taking it to the next level.

Besides the large new creative freedom, 3D printing also provides the possibility to increase the productivity and efficiency of food preparation.  The food printer works independently to print the programmed 3D design.  The global problem of food waste can be addressed by implementing food 3D printing. Foods that are less attractive that would typically be discarded, can be used to create pastes, for food 3D printing.  These ingredients get transformed into tasty and beautiful food creations.

A number of factors play a role in determining whether a food material is suitable to be 3D printed: viscosity, texture, the size of the nozzle of the 3D printer, taste combinations and the composition of the final product. The viscosity is the most important factor. The paste should pliable enough to the easily pushed through the nozzle.  It also shouldn’t harden or stiffen too quickly, causing nozzle blockage.  Too liquid should also be avoided, if you want to print higher 3D models, as this won’t retain its printed shape. Some pastes, such as dough, can be printed in its raw form and then left to dry and harden, frozen, cooked or baked.  The ideal viscosity is between 50 and 1.000 Pascal seconds (Pa.s).

The texture is also important. A soft and smooth substance is better and easier to 3D print than a puree containing solid pieces. The diameter of the nozzle also plays a role. One could also combine two pastes with different textures into one single print. An example of this would be the simulation of meat where this technique is used to copy the structure and taste of real meat.

In general, materials such as vegetable- and fruit purees, fats such as butter, chocolate, avocado, sugar products such as marzipan, soya, seaweed and algae, pasta dough, proteins and gelatin are good materials to 3D food print. 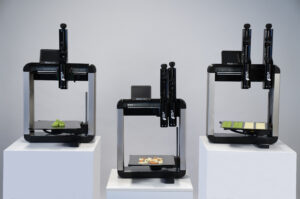 To find out more, visit www.felixfood.nl 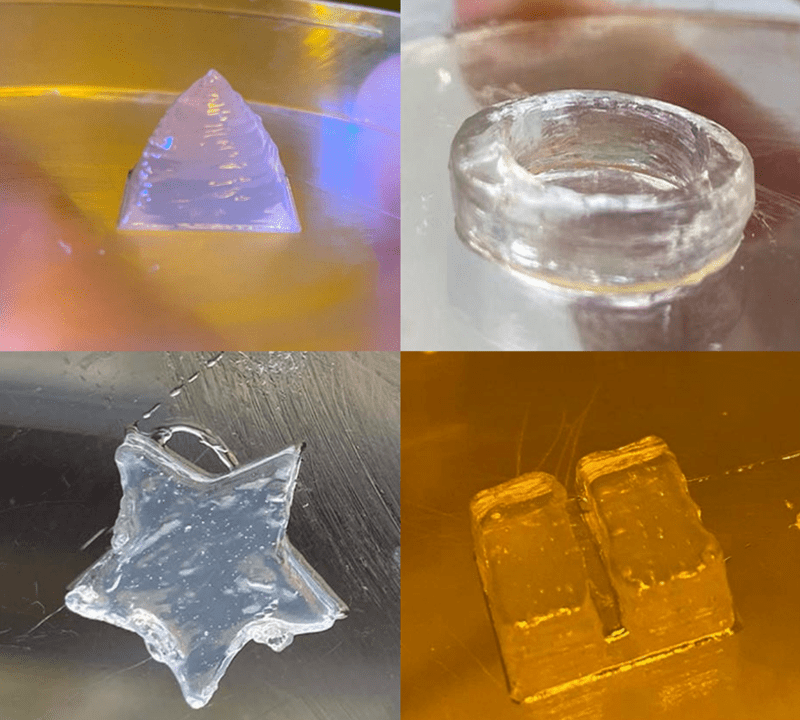