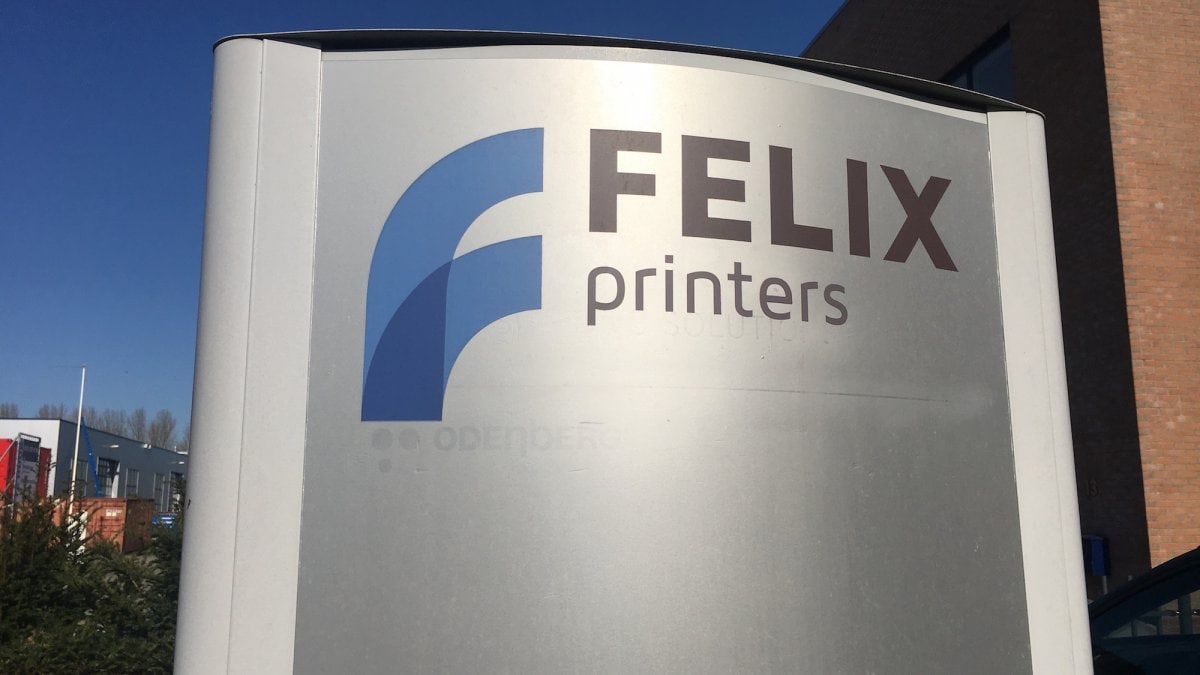 On Monday, April 1, FELIXprinters opened its HQ facility and factory based in the Netherlands to an invited group of its partners and some key members of the press. The purpose behind the event was the official launch of the FELIX Pro L & XL 3D printers and to share the innovation and ethos of the company.

FELIXprinters is a family-run business with Wilgo (father) and Guillaume (son) Feliksdal working side by side as co-founders and directors of the company. Guests were welcomed to the facility in Ijsselstein by the team ahead of an introductory address from Wilgo. Subsequently, Guillaume went on to offer an historical overview of the company, and explain FELIXprinters’ mission and vision, including its current activities and future goals. 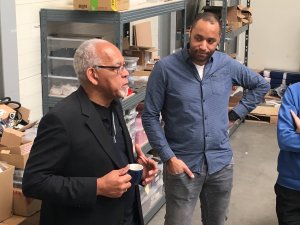 The origins of the company date back to 2007, Guillaume explained, when as a young graduate, he undertook a project that he believed would benefit from 3D printing — the development of a humanoid robot. Attempting to use any 3D printer that was accessible to him, however, proved frustrating in terms of the quality of output and the reliability of the system. He went on to solve some of these issues for himself and FELIXprinters was born in 2010, when he established the company with Wilgo and the team has continued to grow.

The core FELIX team operates out of the Netherlands facility and is dedicated to R&D, technology development, production, assembly and after sales activities. The company also develops key, specific partnerships for sales, marketing and other activities. FELIXprinters works with a global network of more than 40 resellers. Guillaume highlighted the mission of FELIXprinters specifically to operate as “a technology supplier, strategic partner and guide for unlocking the potential of 3D printing applications — large or small.” He also specified the core values of the company: innovation and attention to detail, quality in production and output, and the reliability of this output in terms of operation and repeatability. Values that run through the entire operation and drive the delivery of the mission The dignified passion from the father and son team was unmistakable and really hit home.

On the day, FELIXprinters also announced that it has added another valuable service for supporting European customers with the introduction of an installation service. This includes the delivery of the 3D printer(s) to any destination in The Netherlands or Belgium (with plans to roll it out across mainland Europe); installation of the hardware and software, performing test prints and training to ensure the printer is fully functional at optimum quality.

Even as Guillaume (with occasional interjections from his dad) explained FELIXprinters’ transition over the last 12 months to focus on more industrial applications — evident through the current 3D printer models in production (Tec 4 / Pro 3 / Pro L and Pro XL) — he was categorical in his insistence that the USPs of the company remain unchanged, specifically that modularity, through the ongoing ability to upgrade any FELIX 3D printers remains in the company’s DNA. Here he cited customers that are still using FELIX 1.5 3D printers (introduced 6-7 years ago) successfully, with upgrades, and the company still provides the same level of service and spare parts.

Another capability of FELIXprinters that Guillaume highlighted during his presentation is the development of customised 3D printing platforms and complete solutions. Although the current projects that the team are working on with key partners are still sensitive in nature, Guillaume was able to comment, in generic terms, on the sectors where they are developing custom platforms, namely for biotech, academic research and food applications. The latter in particular has reached critical mass and has been extended to include 10 more fully automated platforms in the coming months. Moreover, the success of this project is informing FELIXprinters’ activities in other sectors and the IP that has been developed can be rolled out into other areas. 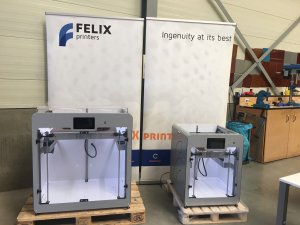 The audience was then introduced to the new large 3D printing platforms that FELIXprinters has developed and now officially launched — the L and the XL. These two new platforms open up new opportunities for larger industrial parts in a range of industries. Parts off the two large platforms were scattered around the office and factory, a visual representation of their capabilities. During the tour of the factory, more of the large machines were seen in operation, unmanned and untroubled. Others were obviously in production across the factory floor, alongside the production lines for the more familiar, desktop sized Pro 3 and Tec 4. Wilgo hosted the tour with his passion and knowledge shining through as he provided detailed insight into the FELIXprinters operations.

Guillaume announced that an upgraded Tec platform – the 4.5 — would be available by the end of this year, indicating that while the company is now industrially focused, its heritage continues to inform its evolution.

This successful event continues to receive exceptional and positive feedback from attendees; and members of the press that were unable to attend are welcome to get in touch to arrange one on one interviews with either Guillaume or Wilgo. 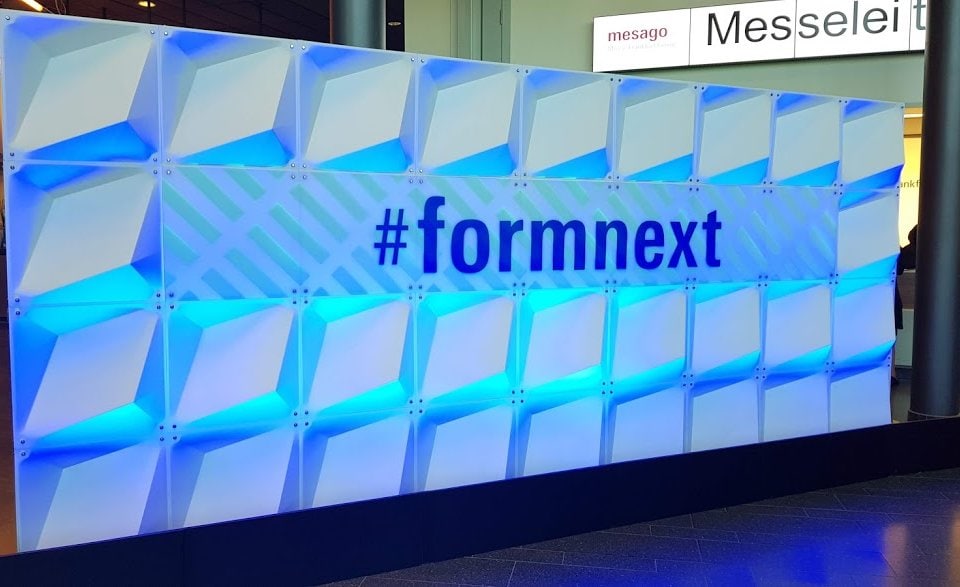 Major Success for FELIXprinters at Formnext 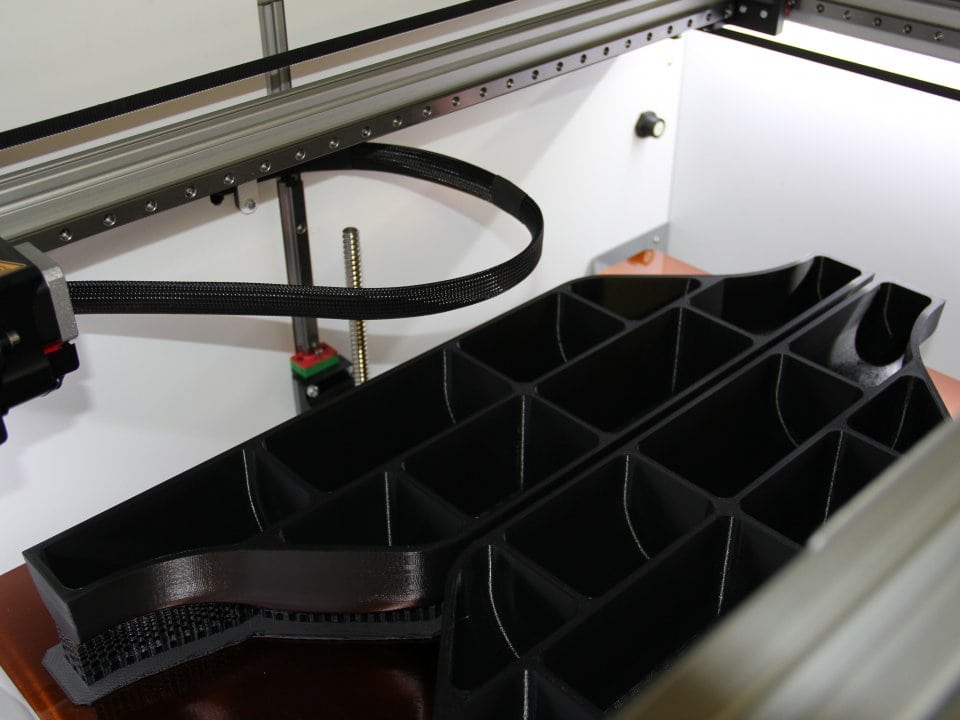 FELIXprinters Goes All Out at Formnext 2019